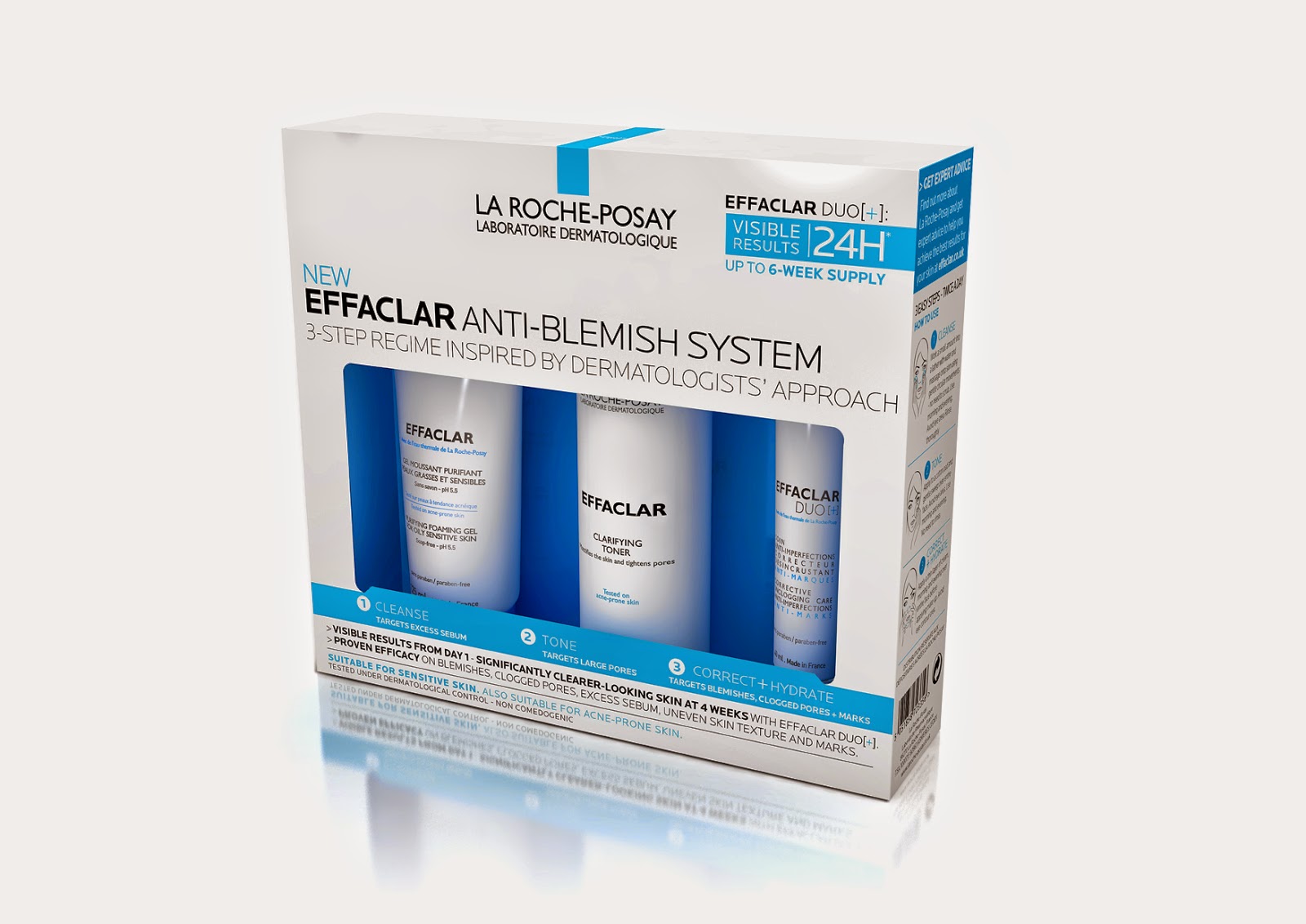 Exactly three months ago I asked two people to test the new 2 step kit from Effaclar that included the cleanser, new toner and the original Effaclar Duo cream.

The results are in and they are to say the least, mixed.

My testers were a woman in her late 20’s with hormonal acne caused by PCOS and a teenage boy with typical teenage spots/borderline acne.

Below are the actual transcribes of their reports (we’ll give the teenage boy a break for his minimal use of vocabulary ;):

Female:
‘First cleanse, tone and cream done. It doesn’t irritate, the cleanser says its foaming but it doesn’t really foam that much. It feels lovely and smooth when you put it on, the toner is really gentle, no sting or feeling at all – I don’t know if that’s a good or bad thing. Cream smells nice, face isn’t too dry.

Day 5:
I had a massive breakout over the weekend. Big, red, painful spots. The spots I had before haven’t gone and the cream is leaving a gritty texture on my face. It doesn’t feel nice and smooth like it does after I use the products that you recommend.

2nd August (2 weeks of use):
I stopped using the products yesterday. It hasn’t worked for me. I’ve had massive breakouts (big red painful spots), the spots I had before haven’t cleared up and it left my skin feeling gritty and dry. Just used a balm cleanser and it felt like heaven. My skin is smooth again and the bumps have gone down instantly.

Final verdict:
Cleanser – definitely a no. The toner is really gentle so that’s okay, it just doesn’t seem to do anything. I don’t rate the moisturiser at all. I think it made my spots worse, it didn’t clear anything up, it left a horrible texture on my face and makeup looked awful over it.

Then it was quiet for a few weeks…

26th August (4 weeks of use):
I’ve been using the products for the past 4 weeks. I haven’t had any new big spots but my face hasn’t really cleared that much. My skin felt good for the first few weeks but now it feels a bit dry. I got quite a lot of new pimples on my forehead. Cleanser – ok, maybe a little too harsh. Toner – didn’t really do much. Cream – the cream is probably the best out of the three. Face always felt smooth after using it. No massive new breakouts and no blackheads. I think my face is pretty much the same. It didn’t make it any worse but it didn’t make it much better.

So the final verdicts would appear to be:

Cleanser – too drying
Toner – ok but doesn’t really do anything
Effaclar Duo – better on younger skins perhaps? Good topically on spots but too drying over long term use if used as an all-over face moisturiser.

Thank you to my two willing testers. I removed any mention of brands they preferred/balm cleanser used etc to try and keep it fair. The next post is from the same 20-something woman and is about a cream she raved about…..